I didn’t plan it but it so happent that yesterday I found myself alone on the top of a mountain, with my Lems Shoes on, my camera quite close, and a late afternoon to fill up with exploration and “vagabondages”. It was the right time for a running try-out of those Primal 2 Teal I already fancy much. And, as I was about to, savor a stunning sunset.

But we’re not there (or then) yet.

Or rather, first impression first. 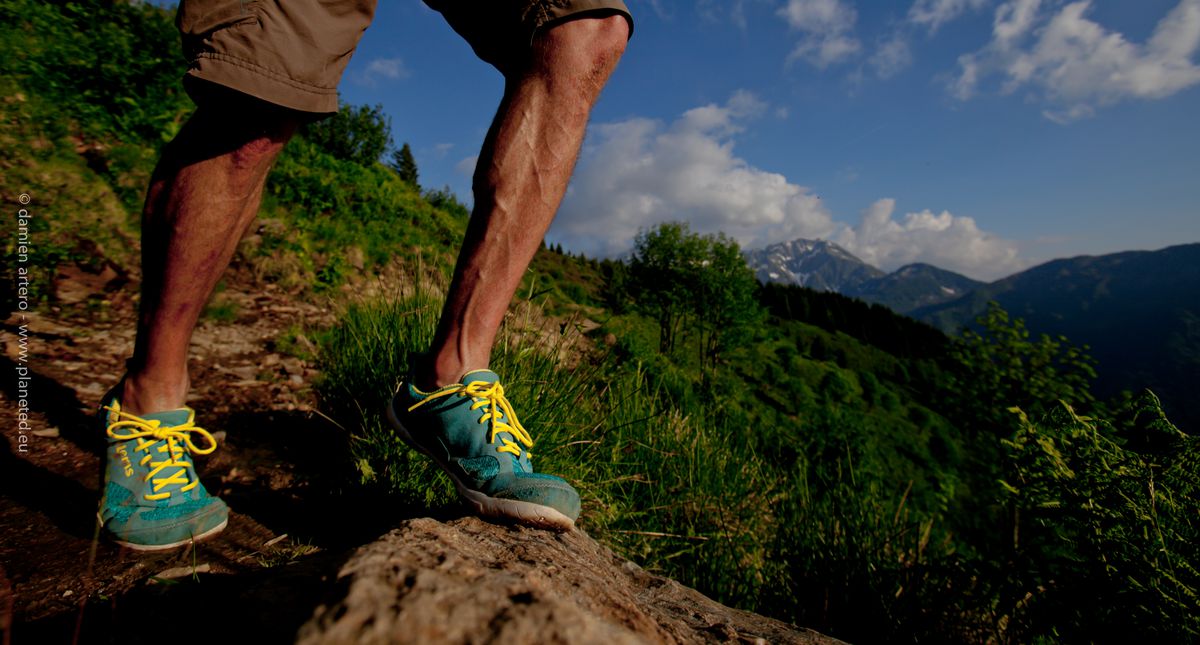 The first impression the Primal 2 Teal make on me is how foldable or flexible they are. This might very well come as a surprise or a disturbance, I imagine, for anyone unused to the minimalism concept, but after 2 years inside my 5 Fingers, I’m okay with that. I actually crave that. One needs however to really turn on the “minimalist shoes” mode – otherwise, you quickly hurt yourself on rocks. You might forget about rocks, admiring the view, spinning your head around to fully grasp the whole majesty of it…. well, that’s usually then that you stick a nicely crafted piece of stone inside your bone.

Rocks, you see, don’t forget about you.

But back to the shoes. The interesting aspect of this flexibility is the ability that it gives you to sort of wrap your feet around… objects.

A bit like using your lower appendices as if they were hands of some kind. 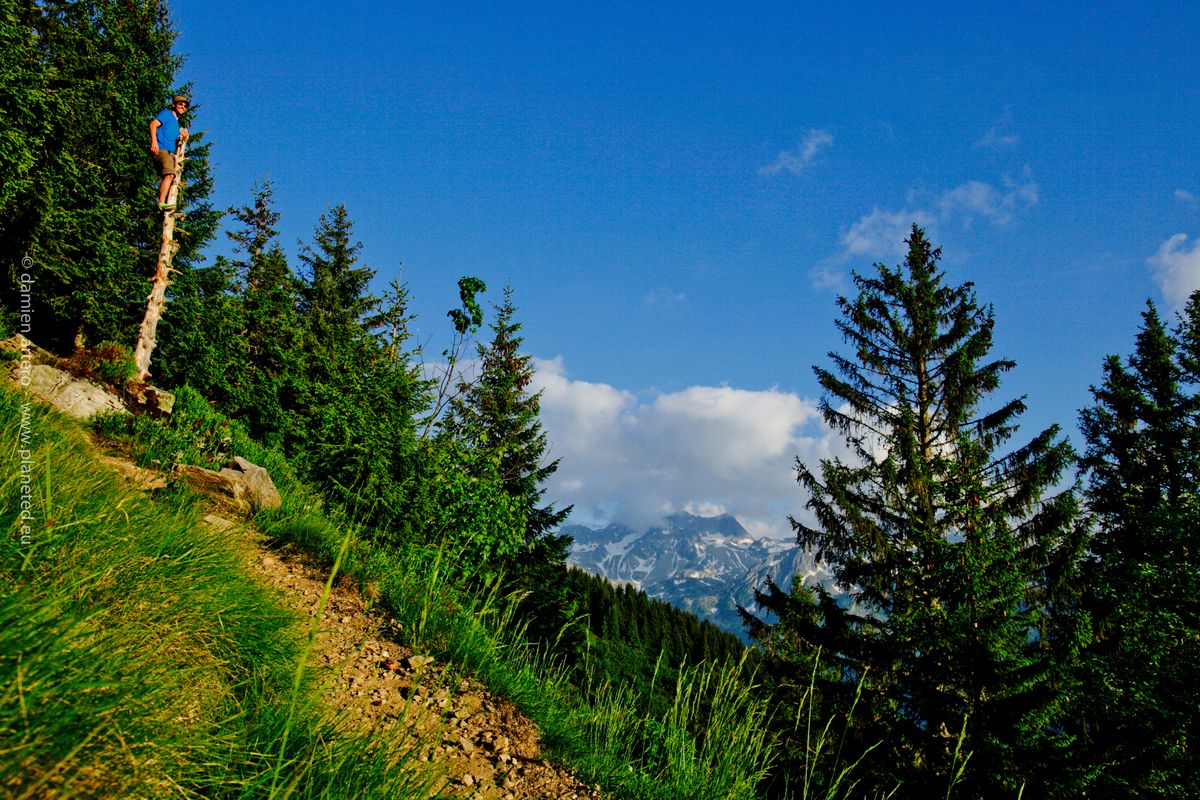 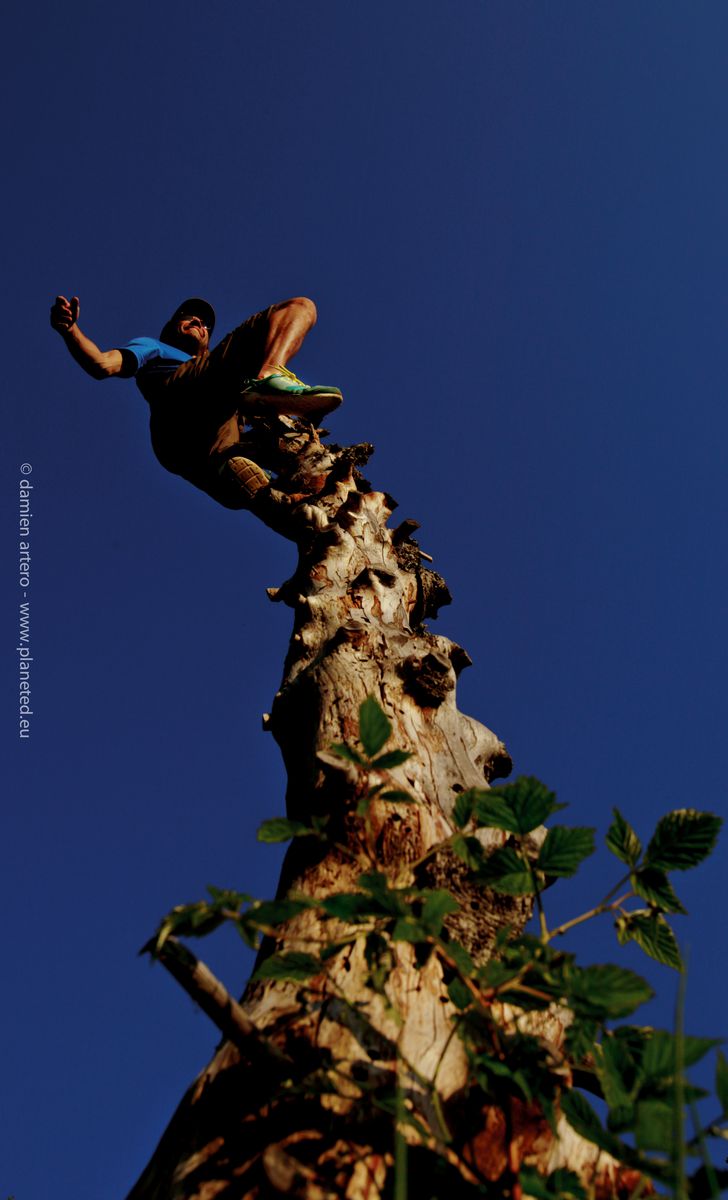 The spot was the “back-country” of an old, long-time abandonned ski resort from the 80s. There I followed a narrow mountain trail, without real difficulties or challenges, but extremely steep over the first few hundred meters (an old ski track, as you might guess), and fairly technical from a general point of view (that is, as soon as you run fast, which I love to do downhill; uphill, I’m more  of the turtle type, if you get my meaning – and if you know the mountains around my place, you do get it).

What does it feel to run up and down a mountain with Lems Shoes Primal 2 Teal on?

[disclaimer] I must confess I’ve chosen my Lems Shoes a tad to big – size 45 europe – because they’re said to be kind of small and because I like shoes to be super comfortable. As it turns out, it wasn’t the most strategical choice since Lems Shoes are comfortable in the first place and I gather one doesn’t need to actually oversize them for that purpose. As a result, when I fool around downhill on steep slopes, my feet slide a but inside the shoes which isn’t the best sensation, but, hey! my bad.

But back to the shoes (again).

They’re highly breathable. That is pure heavenly relief, when T° rises up to 31° under the sun.

Sideways, they’re not as slippery as they look like, even in the mud. But again the trail was mild. And yes, it feels vulnerable, as with any minimalist shoes, but not in a freaky kind of way. Rather in a “bonding-with-nature” kind of way. Well, let’s face it, the whole point is to run barefoot or close to, isn’t it? For a 2017 homo sapiens, this has become quite a challenge – we’re so used to over-thick shoes. So in the end, this vulnerability comes as a welcome return to more primal instincts and sensations. Globally I felt quite secure (yes, vulnerable yet secure, fancy that).

Oh. What did I say? Primal.

Mmm. Isn’t it the name of the shoes?

Running with my Primal 2 Teal, I keep feeling like a kid who’s just discover how to run – foolishly and without style. It was the same utter joy when I started using my 5 Fingers. Difference is, now, YES, there IS style. I think they look gorgeous, those weird Lems Shoes 😉 Classy and funky at once. I reckon that’s a performance. 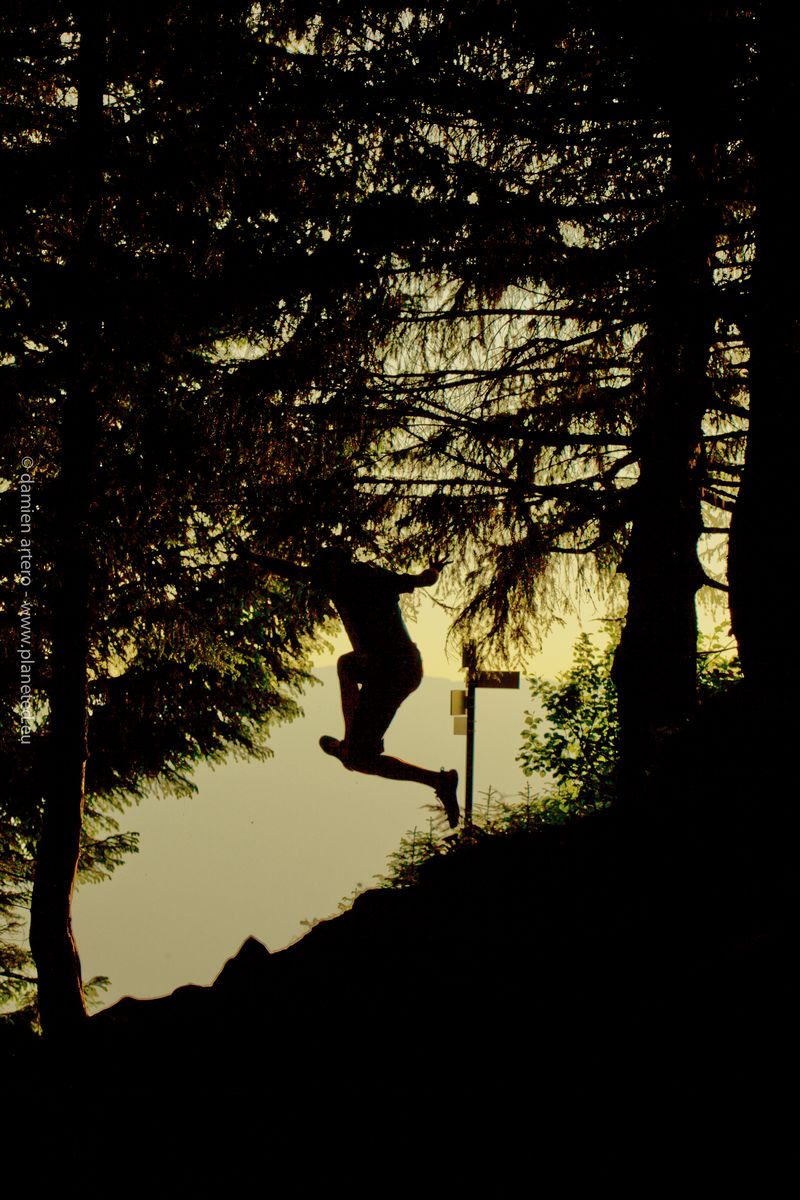 Ever since I received those amazing and weird (in a nice, fond way, of course, I shall insist) shoes, I thought the real test would be to kick a high altitude trail, with loose rocks and steeeeeeep slope like we have by the plenty around my place. Like the Grands Moulins, a summit that was overlooking my week-end trail and which I reaaaaaaally want to climb running with my minimalist shoes, either the Lems or the 5 Fingers, anytime soon. Yes, that’s how we mountain people and sport fans are. If there is a mountain, we want to run or hike or ski to its top. No matter how many other very similar mountains we’ve already climbed. It’s an urge. The world always feels a more welcoming place from the top of a mountain.

So there was I, eyeing conspicuously the summit of the Grand Moulins, calculating how much time was left before I had to re-integrate my life as a single Dad – which means a lot of chores and a lot of cooking, but more than anything a lot of love, cuddling, laughing and globally being merry. The mountain in question – the Grand Moulins, or “Big Windmills” – isn’t that high – 2495 meters – nor even that difficult – no real cliffs, for instance, and I really wanted to give a try right then.

Of course, this isn’t going to be anywhere close to what I had to deal with while running on the volcanos in Nicaragua.

excerpt from my film TUANI 🙂

Mmmmmmhhh I wasn’t there yet. I confess I had too many things to attend back home and couldn’t muster the time to climb the mountain, not matter how badly I wanted to explore it. 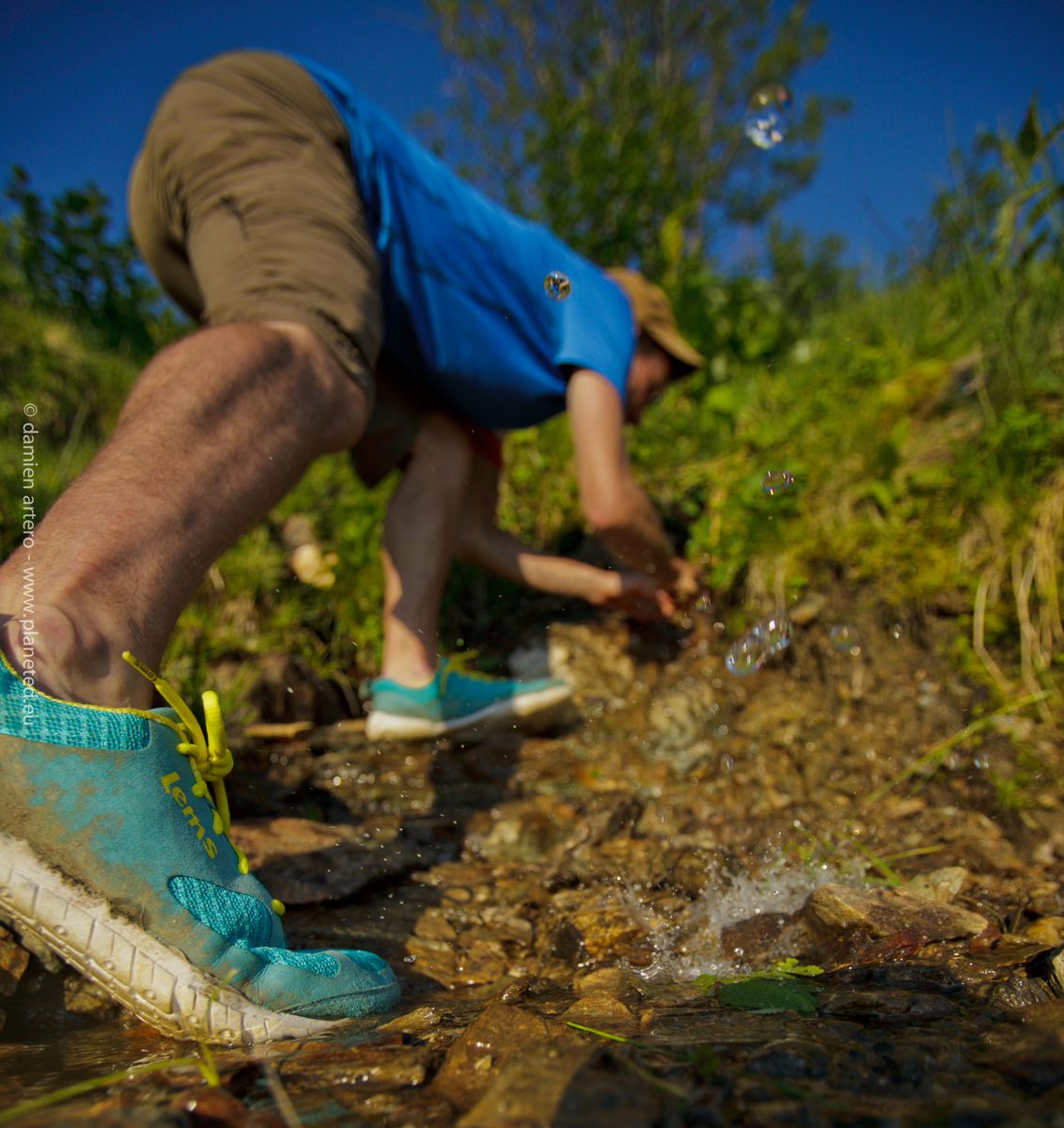 Something I enjoy much, in these times of astounding heat, is how quick they dry, those Lems Shoes – which frees you from worrying wether your running across a river or jumping into a muddy puddle or diving into a pond – and other tasteful things like that.

By the end of the trip, I went back to where I had parked my campervan to discover, as I hinted in the beginning of this short article, a much stunning sunset. And share it with my benevolant shoes I did, thanking those 2 who had allowed me to enjoy a couple hours of running trails in my beloved mountains. 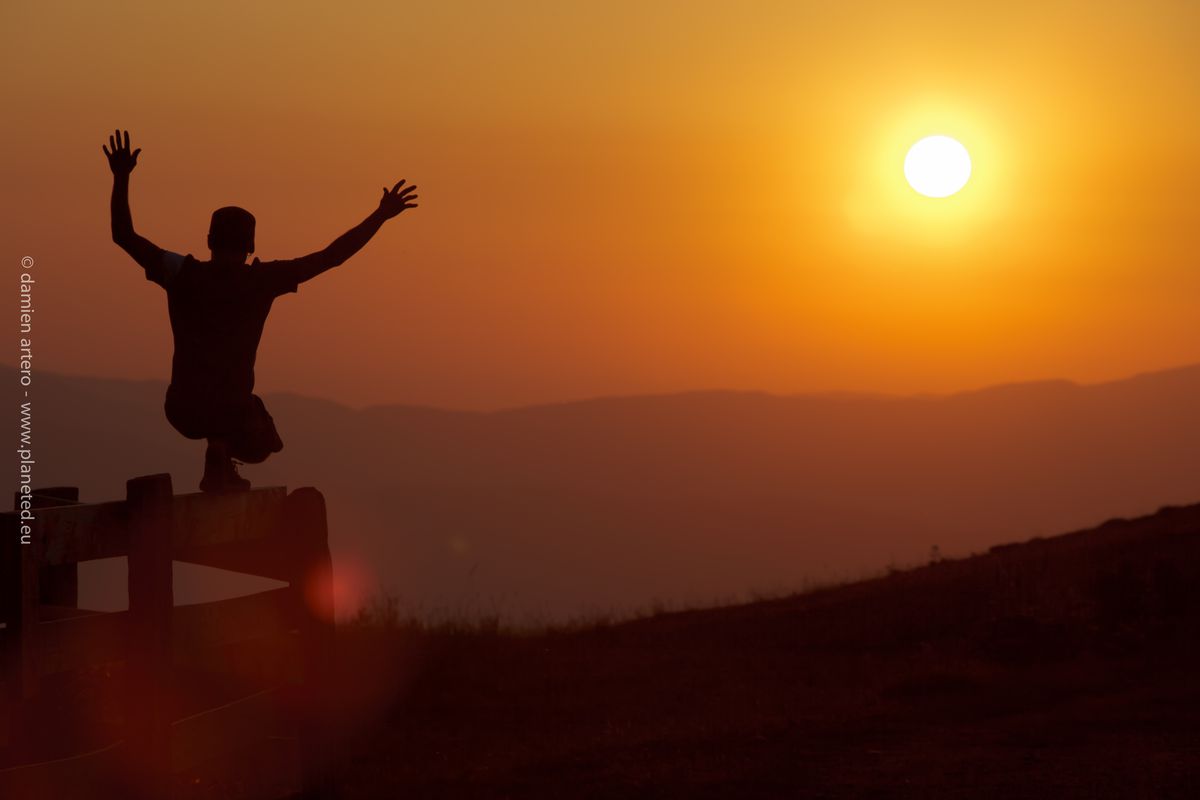 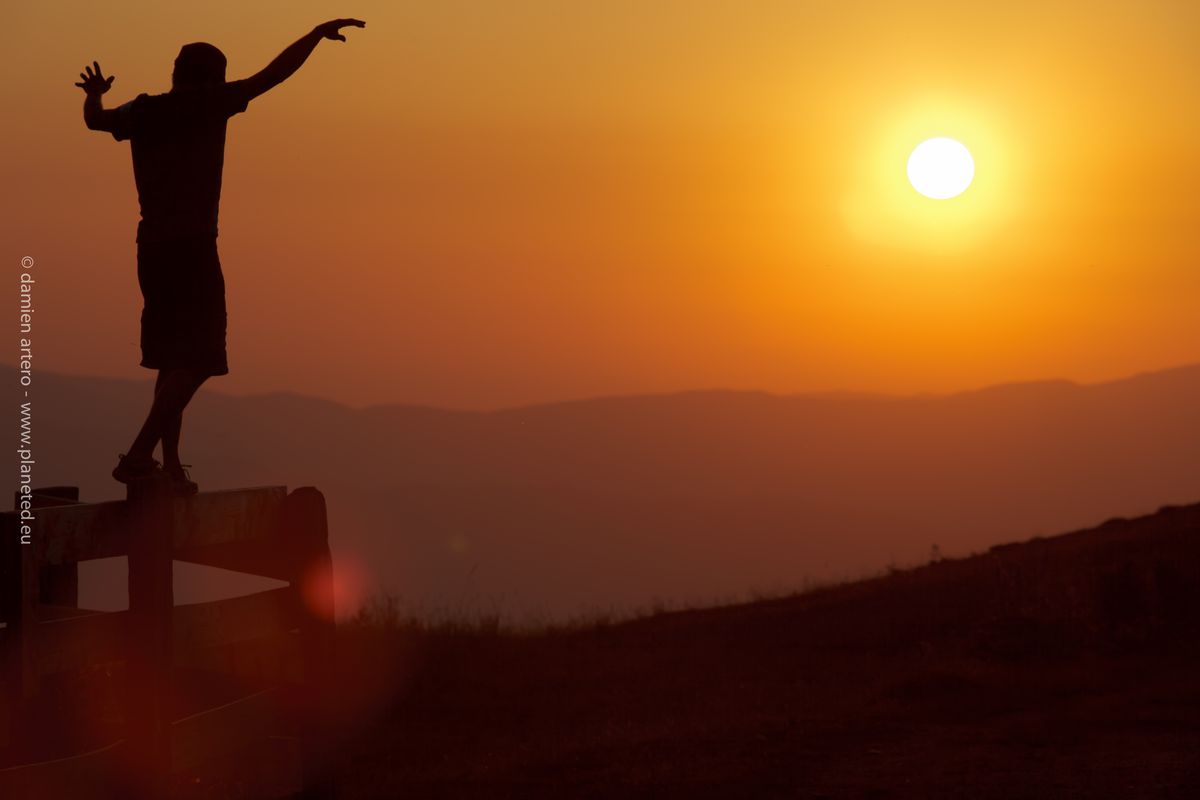 Of course, I couldn’t help but keep amusing myself on what obstacles I could find. 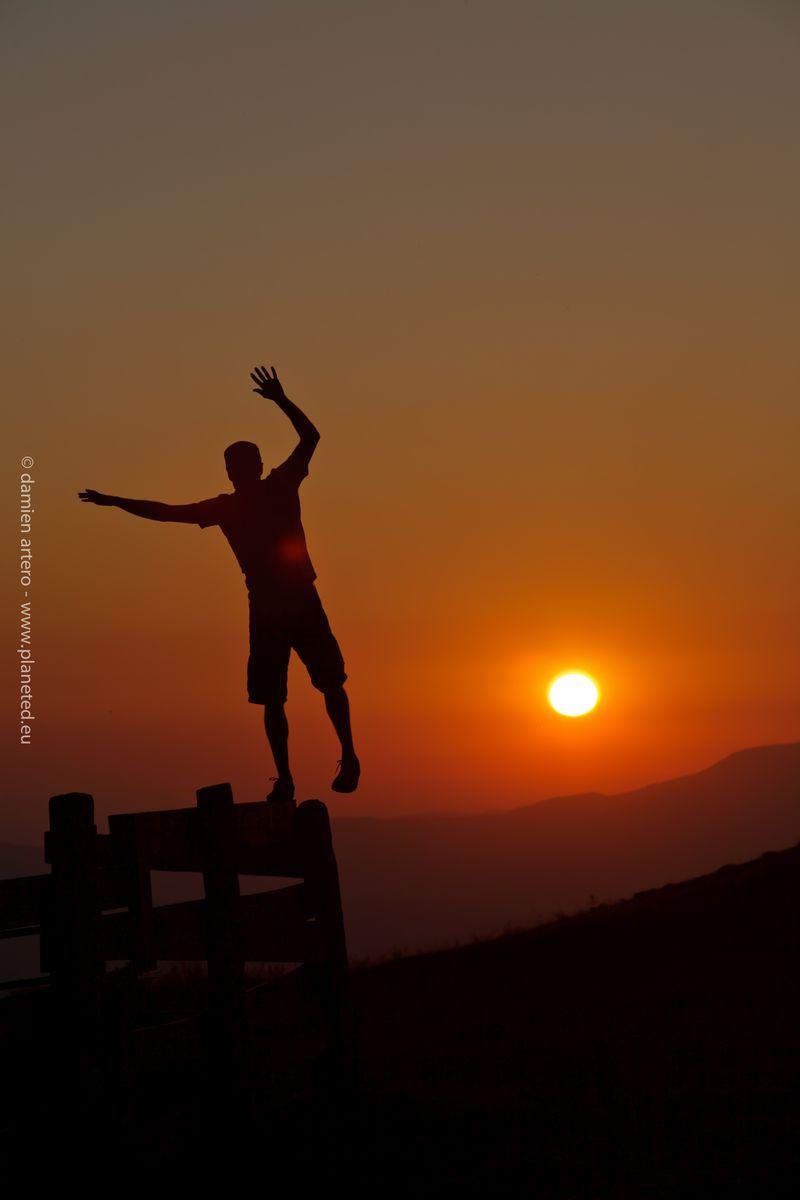 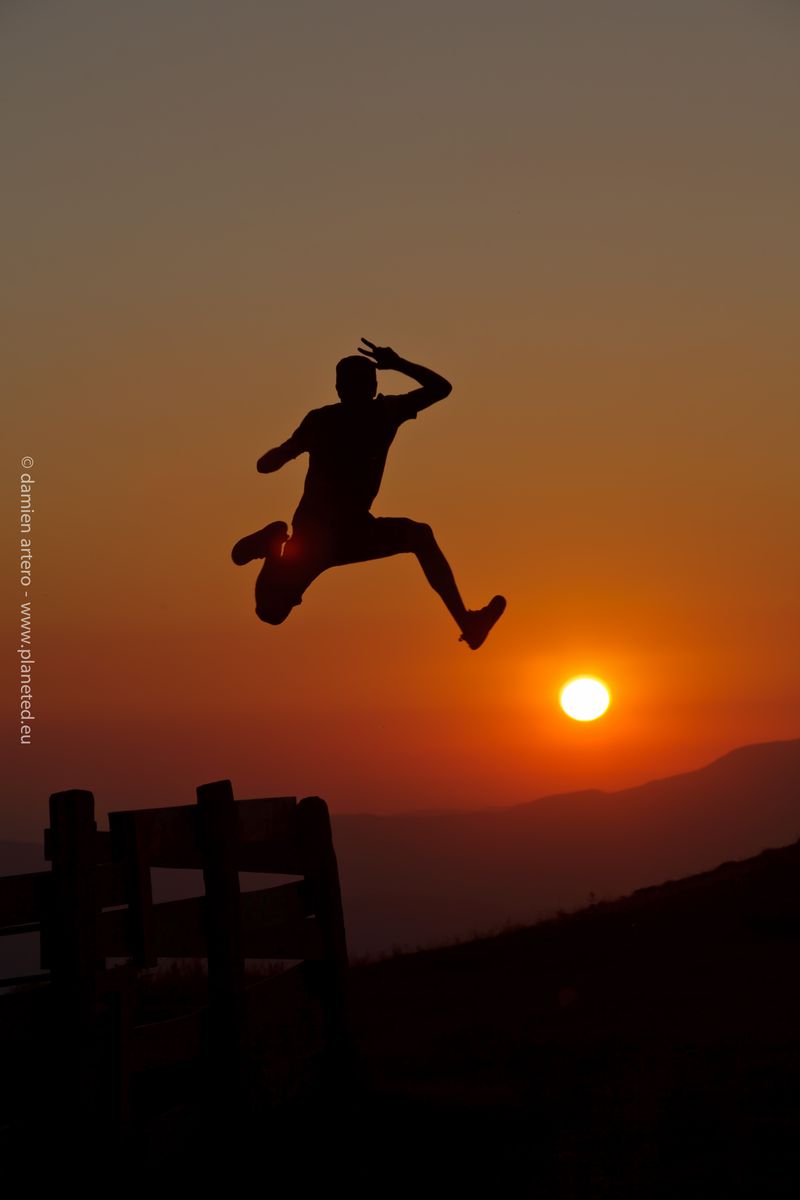 [ this time I’d like to thank the good Folks at Magic Lantern, because as usual I was alone with my camera, and my only assistance was that of their incredible firmware for the Canon EOS 5D, which allows to do all sorts of crazy stuff with a DSLR, including having it shooting by itself while the protagonist is making a fool of himself. Good job guys. ]

[ mind the tshirt I wear on the photos, a creation by Arod, a French guy who makes subtle technical clothes – 100% made in France – really worth a try ]

[ all photos available there ]